The Trinidad and Tobago carnival that takes place the Monday and Tuesday before Ash Wednesday is fast approaching. That means you must get your outfits ready for the biggest and best caribbean celebration of the year! This years festivities are scheduled for February 16 and 17 2015 so be sure to mark you calendar and get the family ready to celebrate!

Below is a compiled list of this years Hart costumes for the festival, some of which have already been sold out! Estimates of total attendees to the nearly two century old festival from 2008, 2009, 2010, and 2011 range to around 50,000 people many of whom will be dressed to the nines in costume! So partake and participate in Carnival by outfitting yourself and having one heck of a festivity! 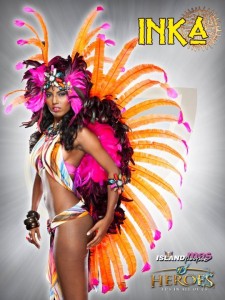