So you have your choice of costume narrowed down to the pirate, but which pirate? Captain Barbossa from Pirates of the Caribbean looks like, eh? Well, good choice! The Barbossa costume is a great pirate costume….the most unique part of it is probably the hat. 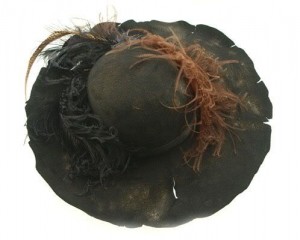 Captain Barbossa Hat from Pirates of the Caribbean

The hat is a shallow, wide-brimmed hat with feathers – very very different from the traditional pirate hat – or even the hat of say Jack Sparrow. 😀

You’ll notice also that the hat should look worn and lived in – edges are frayed and in some places the hat looks like it’s disintegrating.  This is part of the overall look of the costume – Barbossa is a rough pirate that has seen his day, and his hat is a reflection of his life experiences. 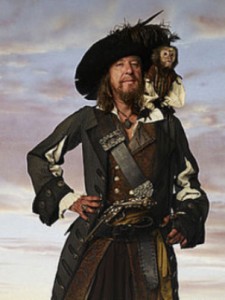 Here’s a full body image of Captain Barbossa so you can get a better idea what the costume should actually look like. The monkey sitting on Barbossa’s shoulder is a common accessory all throughout the movie, and would be a good addition to your costume! 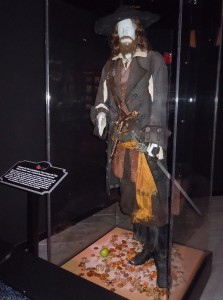 As you can see, in addition to the actual clothing, be sure to grow some facial hair – Barbossa loves to wear a long ragged beard… 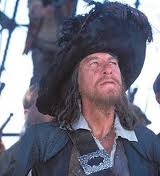 And don’t forget a good pair of pirate boots..there are different kinds, but Barbossa favors some kind of like this… 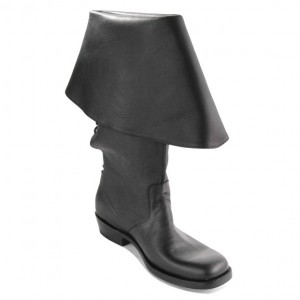